Technically not on Calton Hill, but just below. 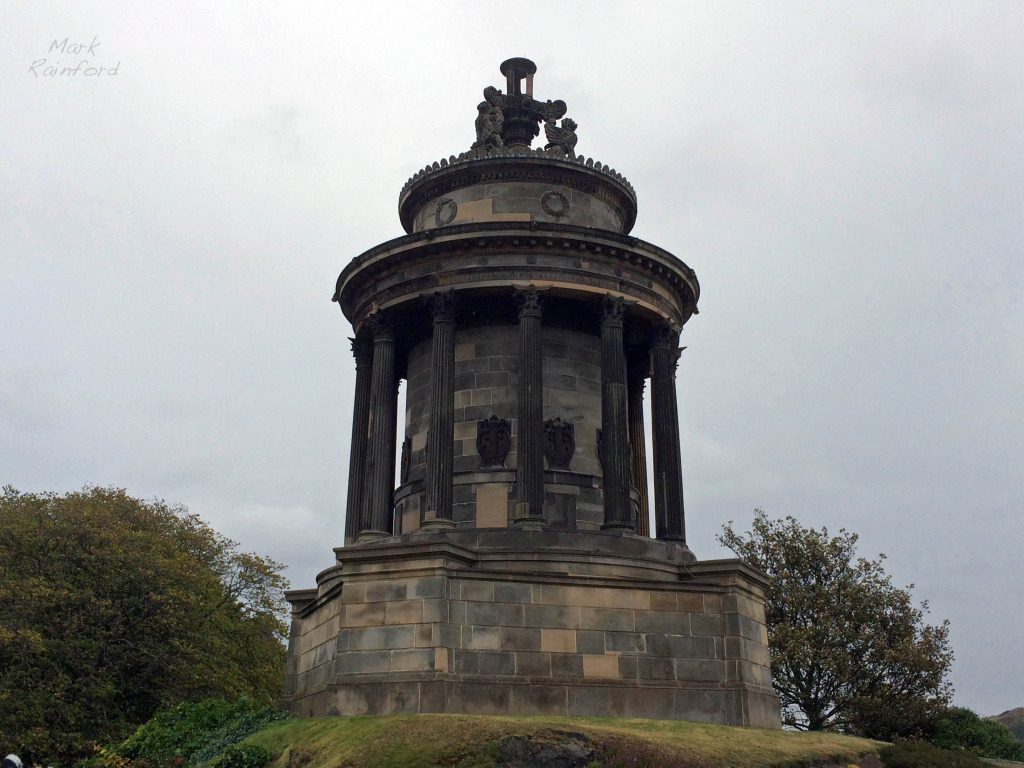 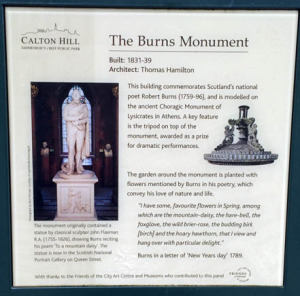 This building commemorates Scotland’s National Poet Robert Burns (1759-96), and its modelled on the ancient Choragic Monument on Lysicrates in Athens.  A Key feature is the tripod on top of the monument, awarded as a prize for dramatic performances 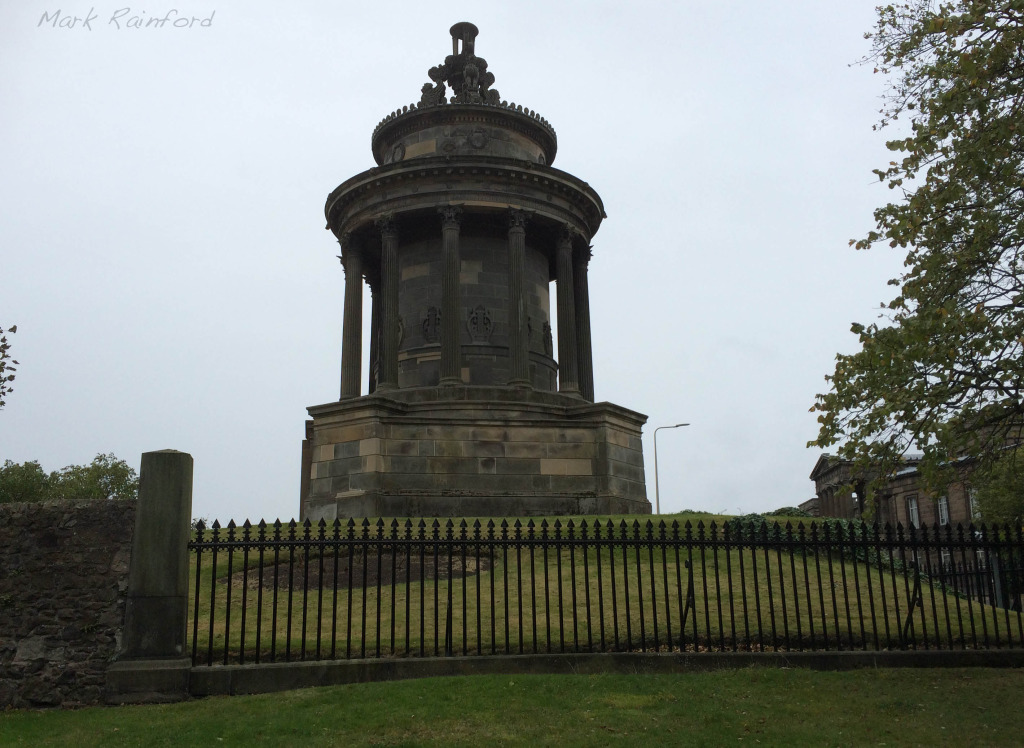