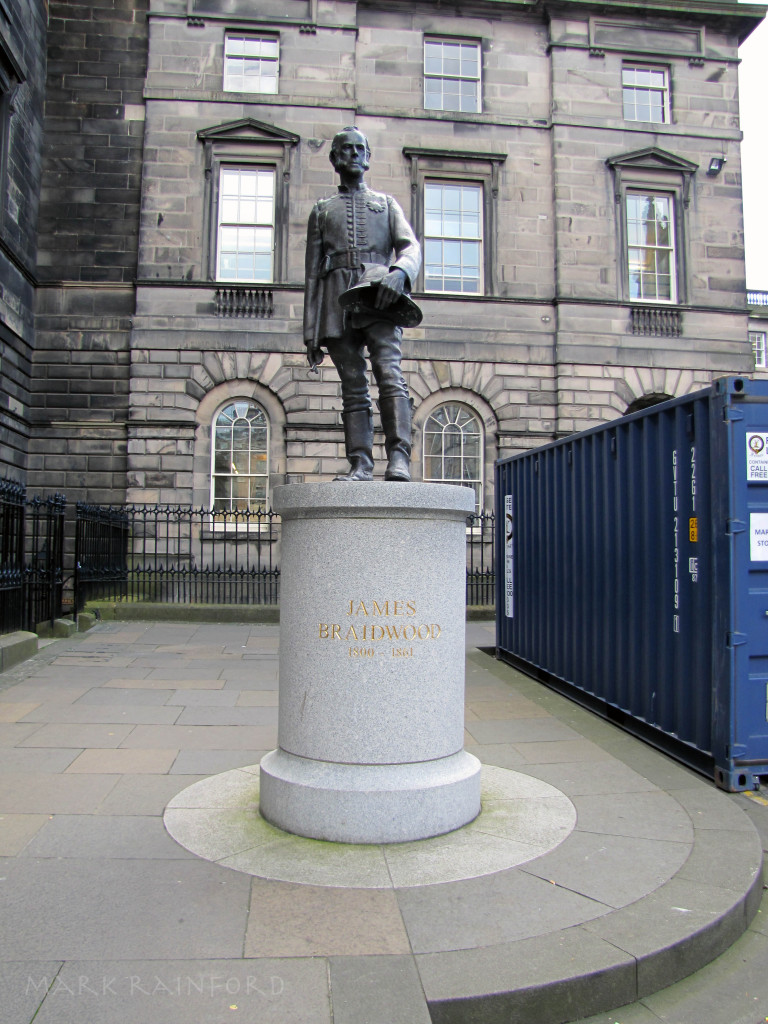 He was born in Edinburgh the tenth child of Francis James Braidwood a cabinetmaker, and Janet Mitchell. He was educated at the Royal High School. He learned about the construction of buildings after joining his father’s building firm as an apprentice, knowledge he was later to put to good use. 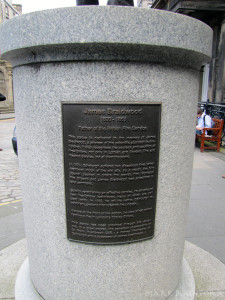 Father Of the British Fire Services

This statue is defecated to the memory of James Braidwood, a pioneer of the scientific approach to firefighting.  It also recognises the courage and sacrifice of firefighters, not only in the Lothian and Borders Fire and Rescue service, but all over the world

In 1824 Edinburgh suffered two disastrous fires which destroyed much of the old city.  As a result the city council decided to create the worlds first Municipal Fire brigade and James Braidwood was appointed to take command.

Quickly establishing and effective service he developed new firefighting techniques, many of which are still used today.  In 1832 he left his native Edinburgh to establish London’s first full time fire brigade.

Always at the front of action, he was killed whilst fighting a fire  in London’s Tooley Street.

This statue has been  provided through the vision and, to a great degree the, the generous sponsorship of Dr Frank Rushbrook CBE – a former Firefighter of Edinburgh and a successor of James Braidwood