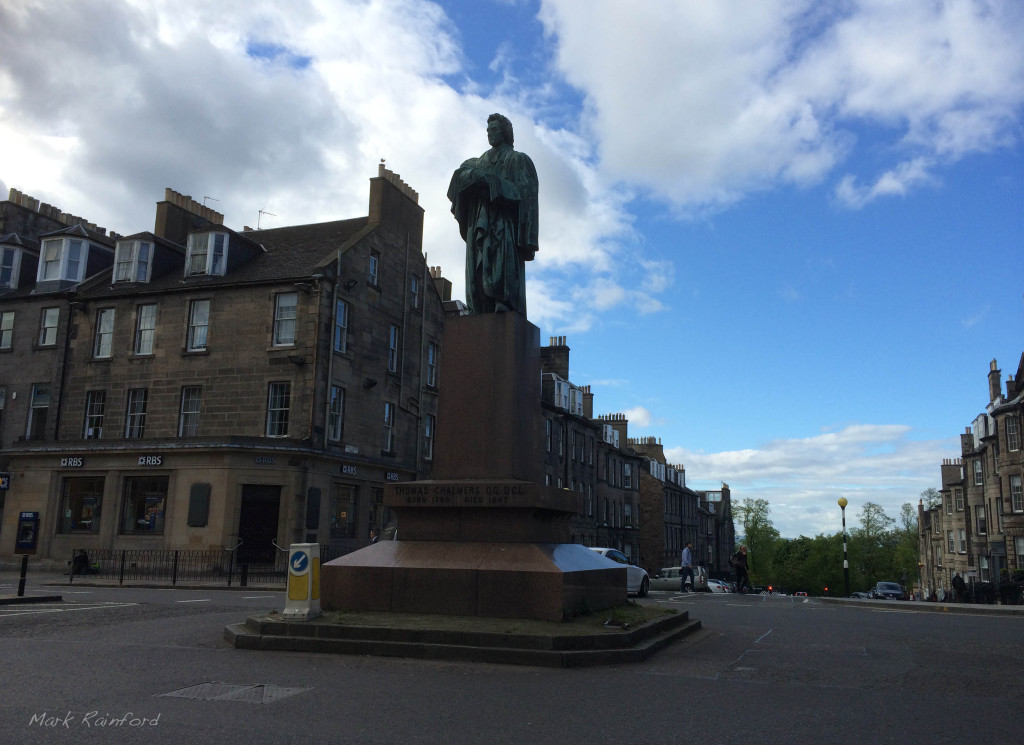 Located on the junction of George Street and Castle Street, this statue of Thomas Chalmers was created by noted Edinburgh sculptor Sir John Steell (1804 – 1891).

Born in Anstruther in Fife, Thomas Chalmers was a celebrated Scottish mathematician and was the leader of the Free Church of Scotland.

Thomas Chalmers (17 March 1780 – 31 May 1847), was a Scottish minister, professor of theology, political economist, and a leader of the Church of Scotland and of the Free Church of Scotland. He has been called “Scotland’s greatest nineteenth-century churchman