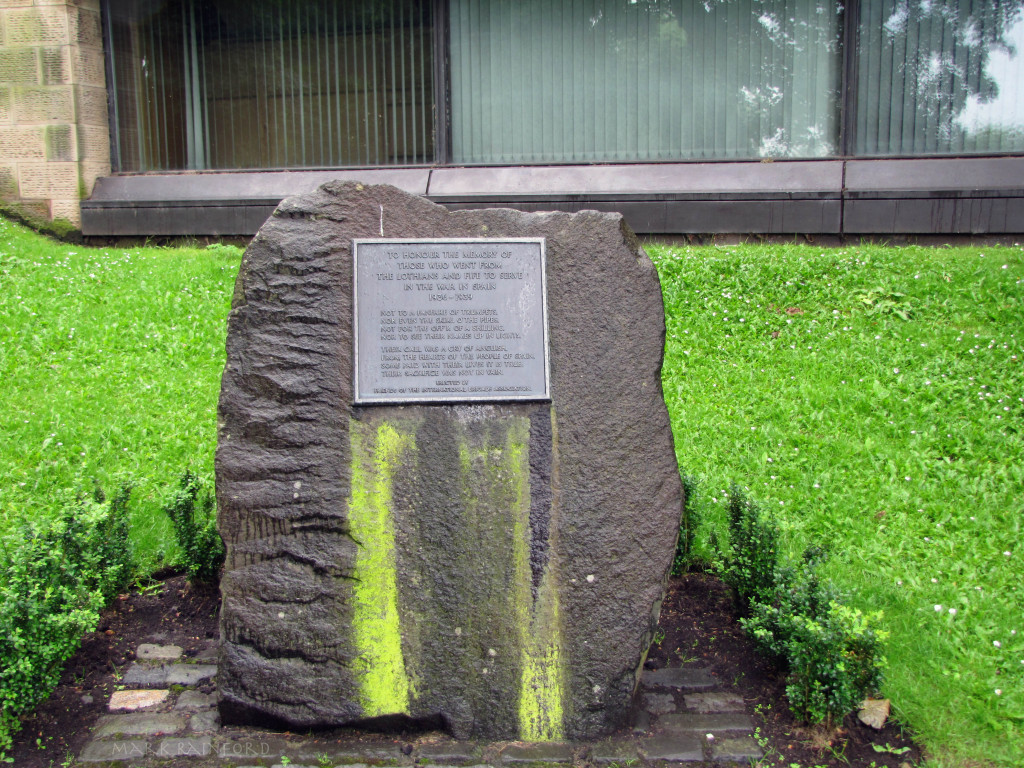 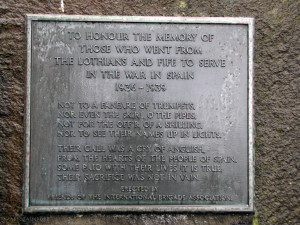 Not to a fanfare of trumpets,
Nor even the skirl o’ the pipes,
Not for the off’r of a shilling,
Not to see their names up in Lights,

Their call was a cry of anguish,
From The Hearts of the people of Spain,
Some paid with their lives it is True;
Their Sacrafice was not in vain.

Erected By
Freinds Of The International Brigade Association.