THE Capital traditionally lags “smiles” behind Glasgow in the friendliness stakes – but not any more.

Tourist bible Conde Nast Traveller has named Edinburgh as the third most welcoming city in the world – while Scotland’s largest metropolis failed to make the cut.

Based on more than a million votes cast by nearly 77,000 readers, the magazine’s ranking scored cities on a five-point scale – running from excellent to poor – and across criteria including location, political perception, size and language barriers.

Edinburgh has emerged with top marks, trailing only the Irish city of Cork and Asheville in the US state of North Carolina.

And contrary to the long-held belief that they are more reserved and distant than counterparts elsewhere, locals here were described as “extremely friendly” in the prestigious guide.

Welcoming unless you rub Greyfriars Bobby… then, well we may yell at you. 😉

Brilliant what you can find on Google Street view, especial if you spot the street view car and have a wee bit time to play a prank.   A couple of quickening mechanics mechanics in Giles street (Leith) staged a homicide.  Apparently this was taken last summer, but police Scotland recently tuned up to investigate 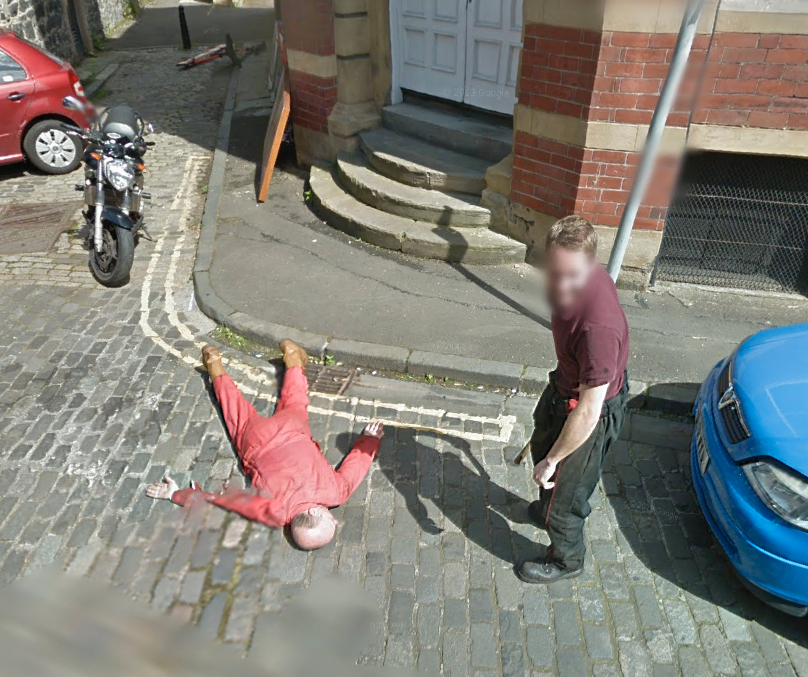 Link to the EEN article

EDIT @ 2136 just noticed that the BBC have now picked up on this.  Linky