Some photos of the Solar Eclipse 2015 that occurred above Scotland, Edinburgh had 95% coverage, so not a full Solar Eclipse

Safety first, obviously you cant look directly at the sun, so improvisation was done…. rip apart a old Floppy disk, and use that as a filter. now, you could only look for a second, the bright light messed up the sensors, somewhat difficult to shoot. 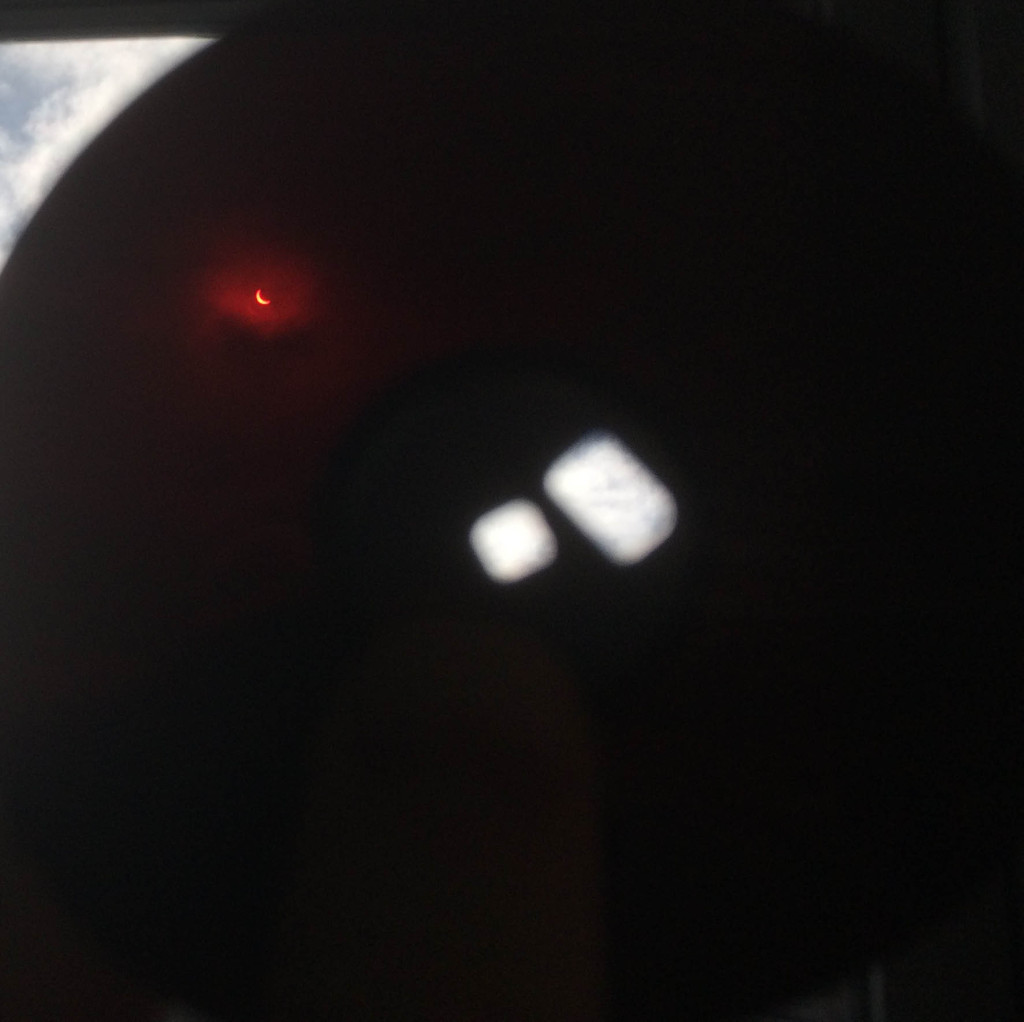 Taken with an iPhone, so not the best, but heyho!   the red filter, adds some atmosphere to the photos