Another shot of the Christmas Sky Flyer, Perhaps the last from Princes Street Gardens! As something peculiar happened this afternoon that left me somewhat bamboozled.

I was approached by two security staff, who clearly didn’t want to be there.

they had a somewhat confused look on their faces, after a few moments they responded with ‘Nah, you still cannae use a tripod, you must get permission from underbelly however can use the Christmas market area between the stalls’

They could not give me a reasonably answer why, that area is forbidden.

It’s all rather daft, as social media is full of similar shots – I myself have done this site 2013 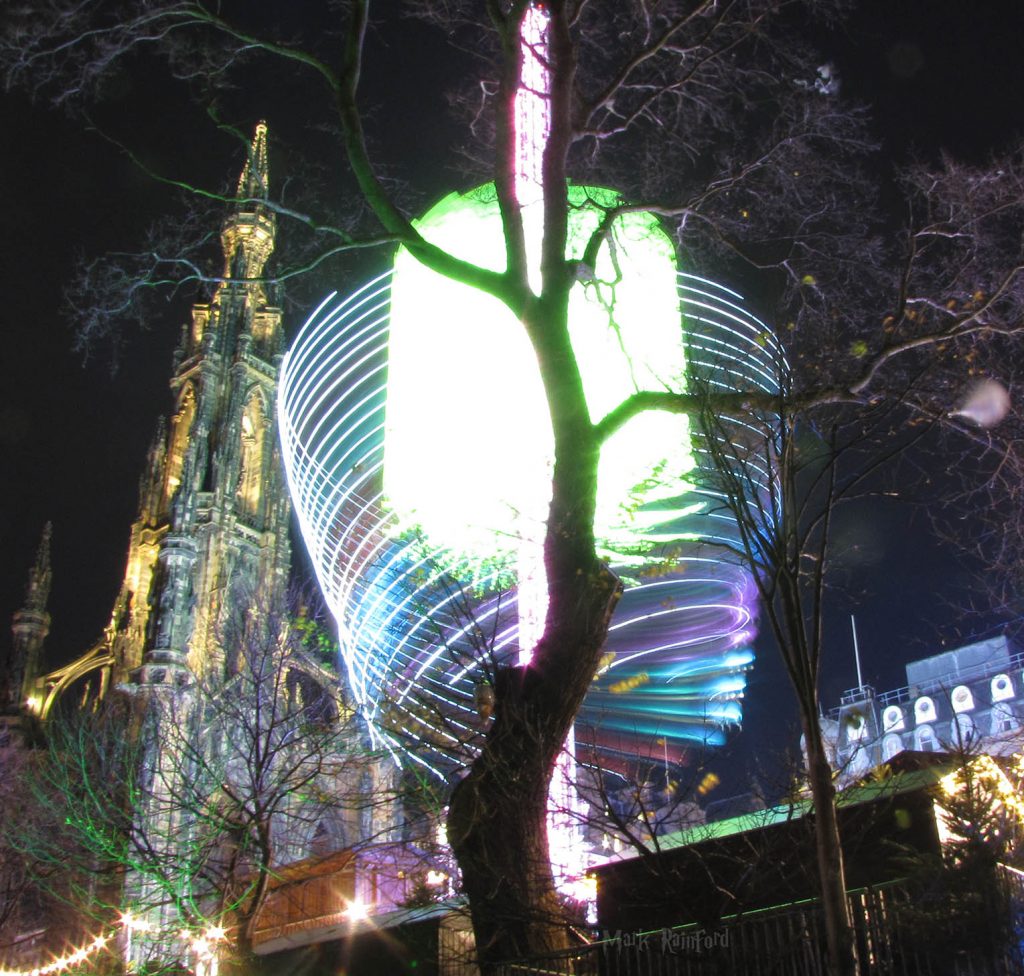