It’s not just Edinburgh’s Old town that has spooky vaults, you can fine one in Gilmerton, about 4 miles southeast of the city.  There you will find a wee surprise lurking under the ground.

Gilmerton Cove is a series of underground passageways and chambers hand carved from sandstone, dating from the 18th century.  Folklore claims it was the work of an 18th century local blacksmith ‘George Paterson’.

However it’s original use is still a mystery theories claim that it was simply a drinking den for gentry, perhaps a refuge for persecuted Covenanters or smugglers? some even link this site to the Knight Templars (Imaginative folk who haven’t seen a map claim that there could be a secret passage leading to Melrose Abbey) 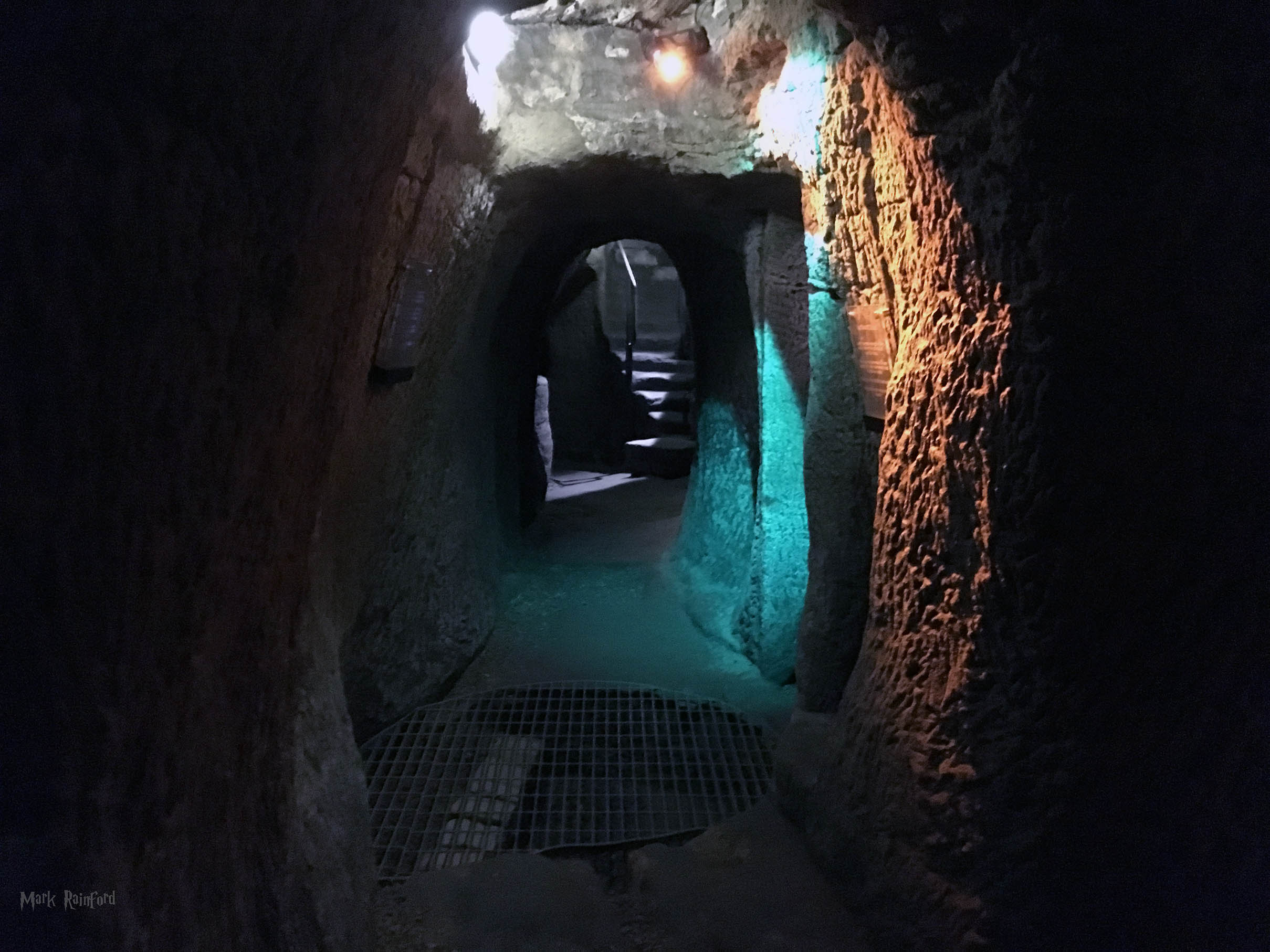 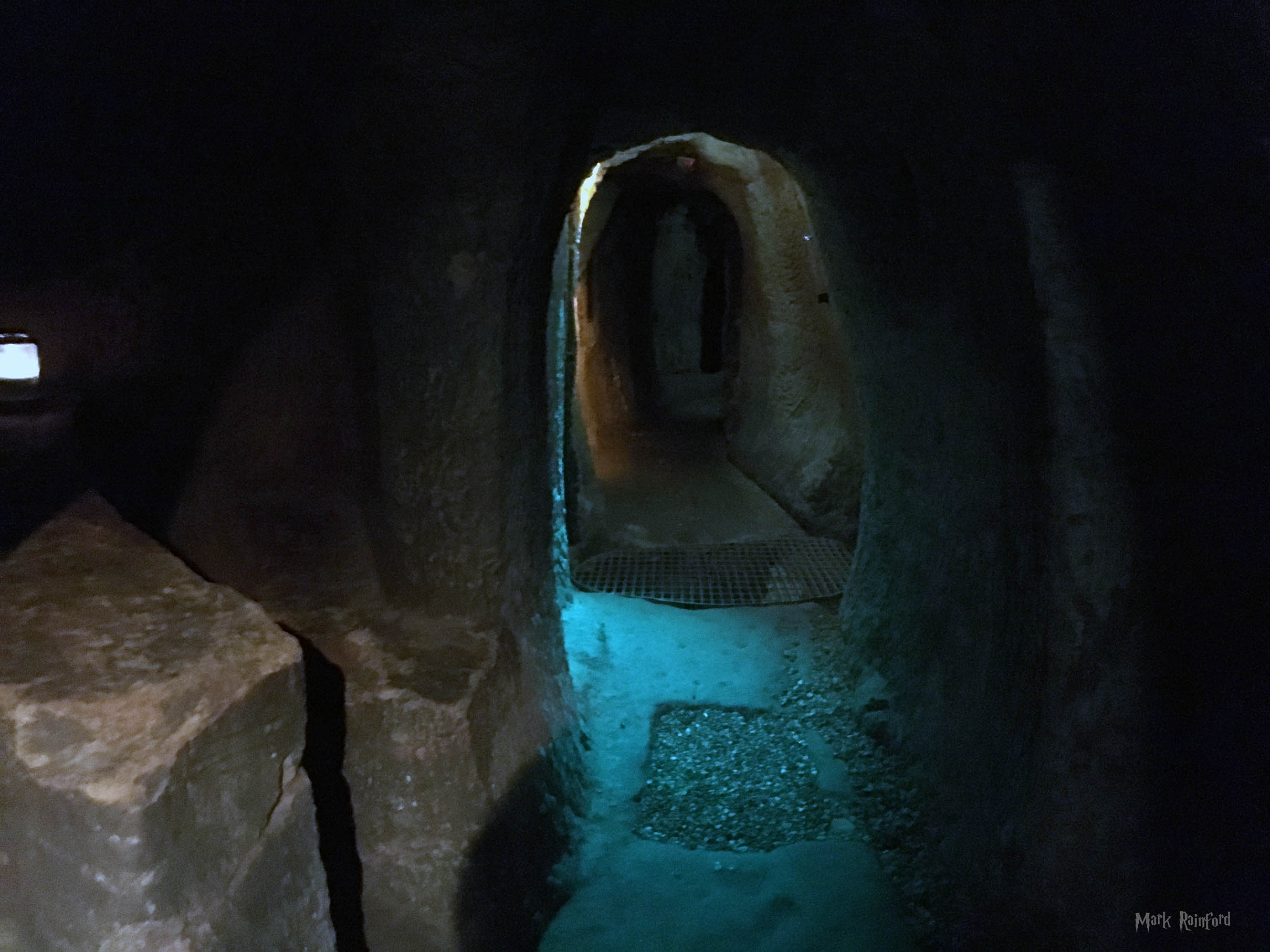 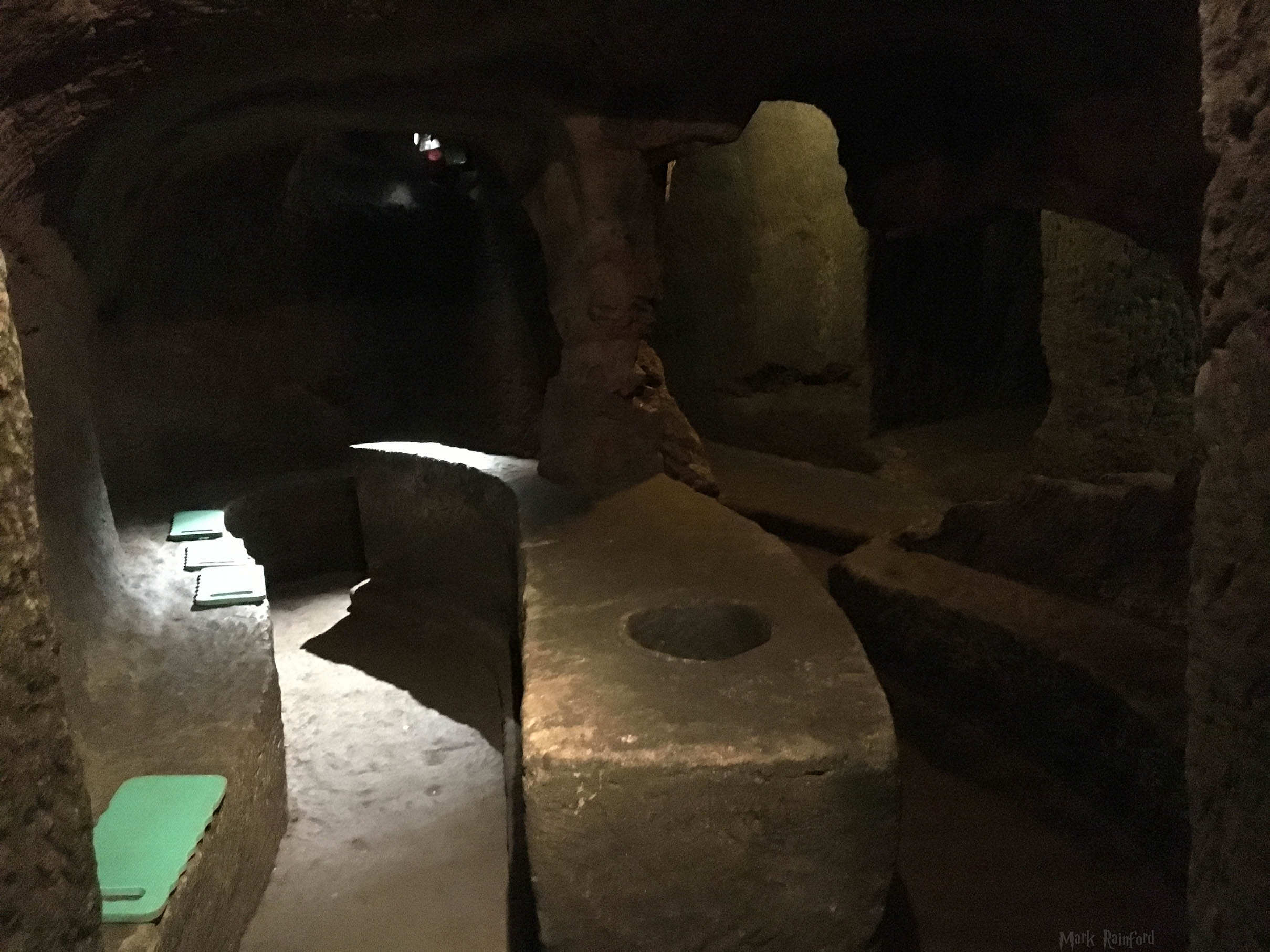 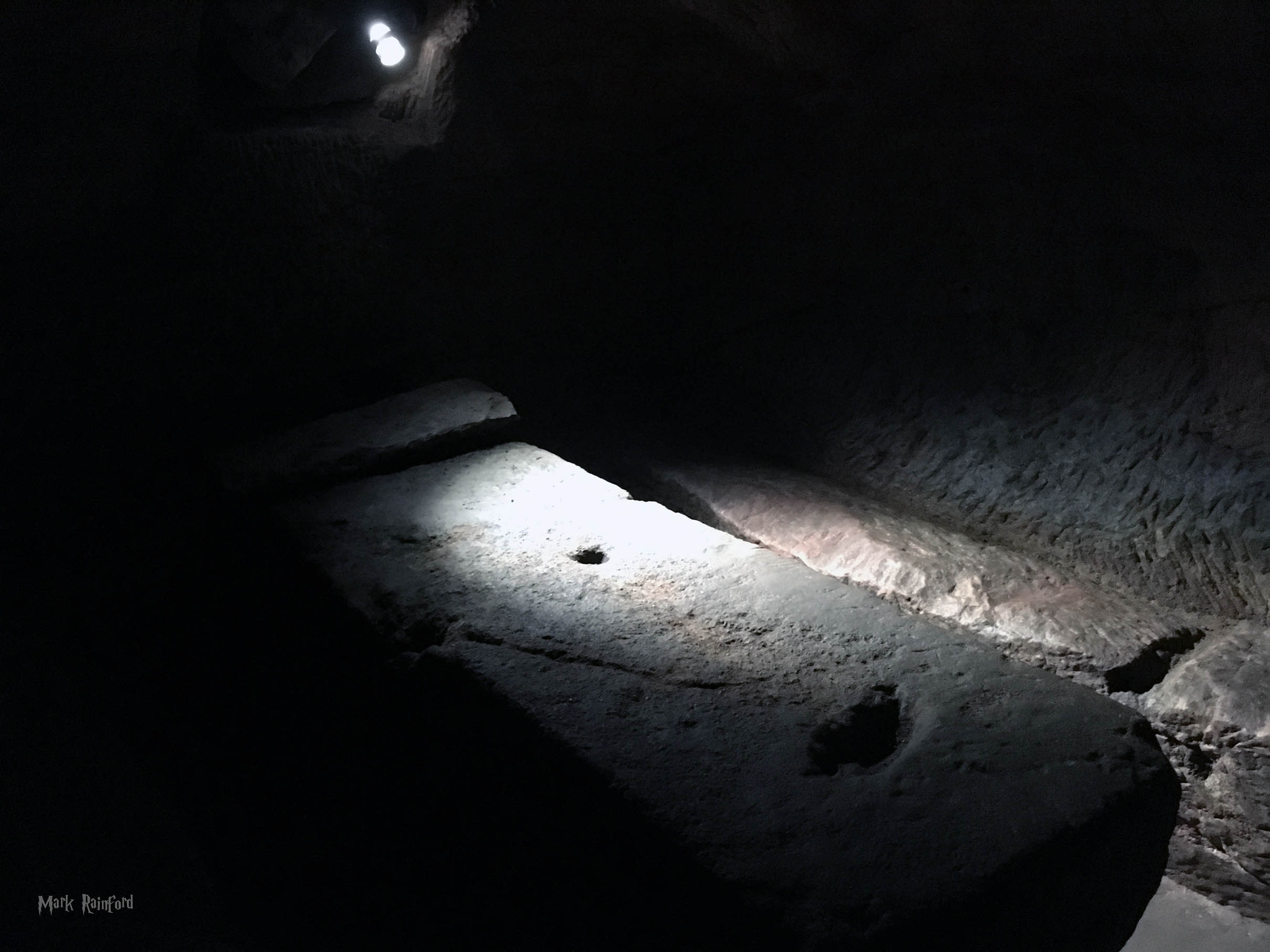 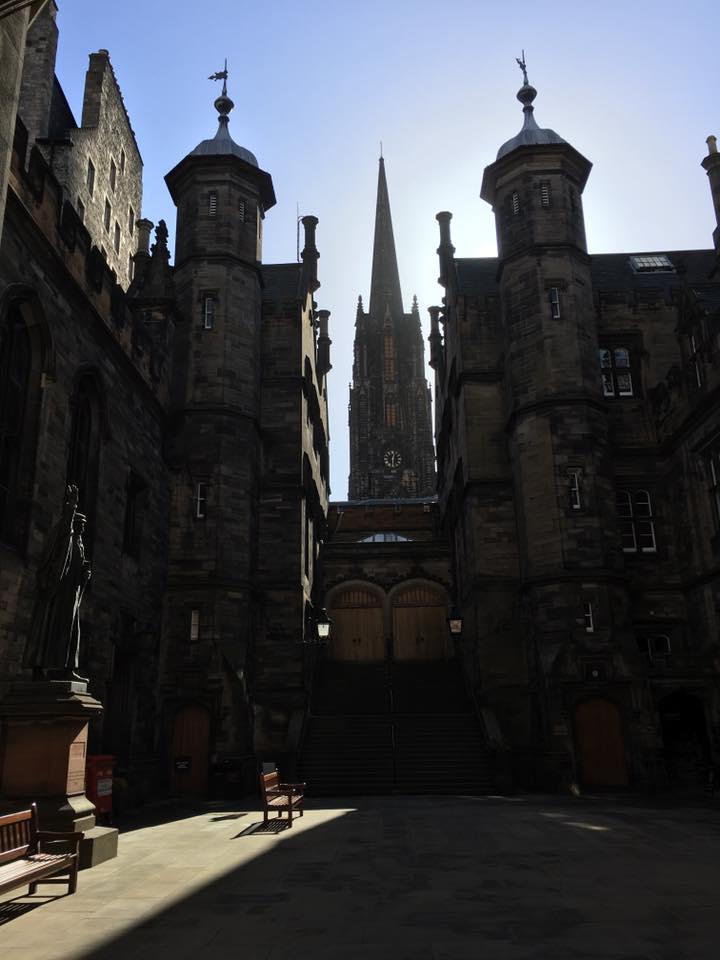 Sometimes one never realizes whats so close.
Chamberlain Road in Bruntsfield there is a little picturesque garden, I pass it often but never venture in. 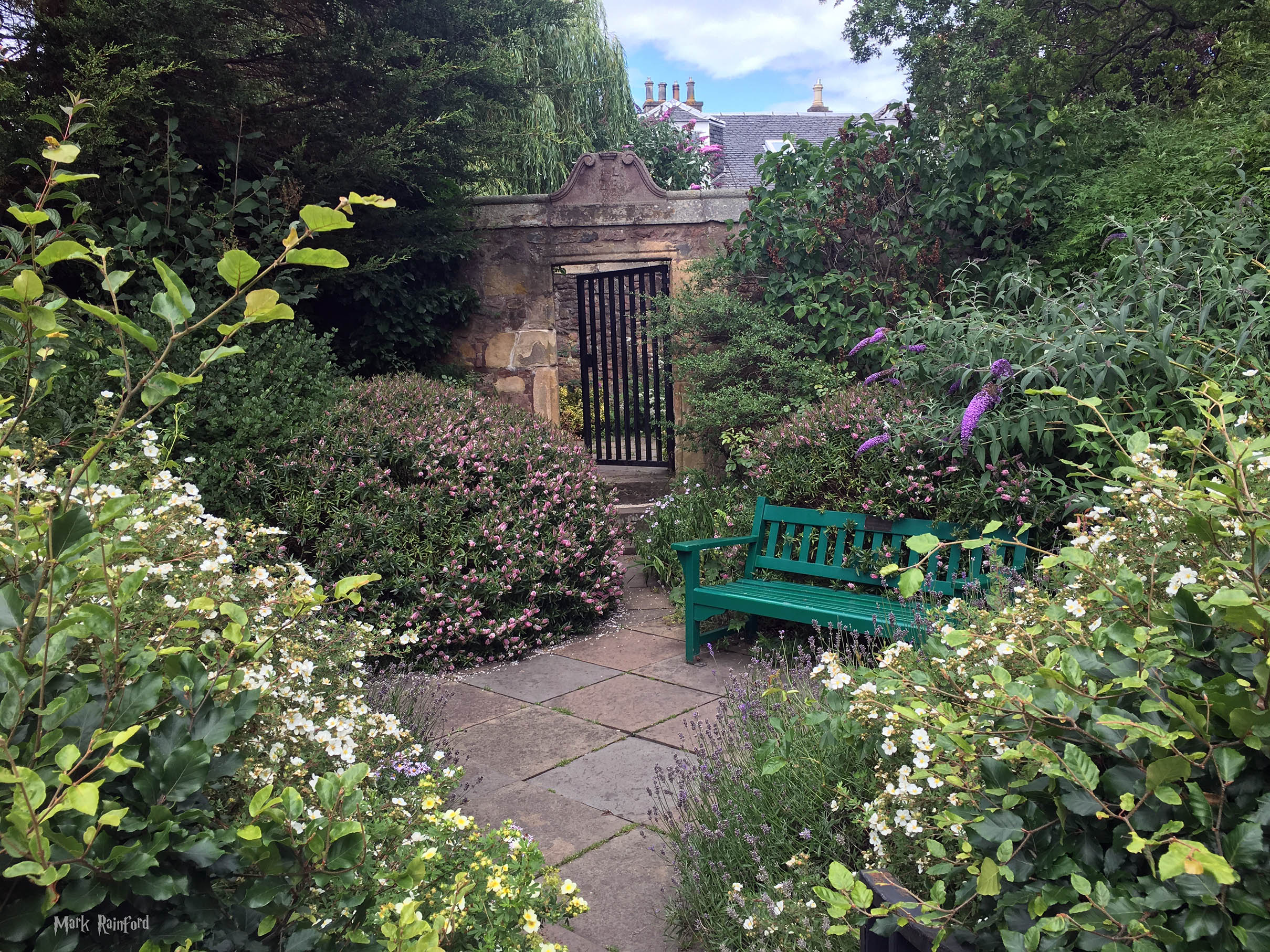 Today I did, ‘lo and behold’ through the gateway I was surprised to find John Livingston’s tomb.
John Livingston was an apothecary, who acquired land in Greenhill in the 1630’s however he succumbed to the Black Death in 1645, as did much of Edinburgh. 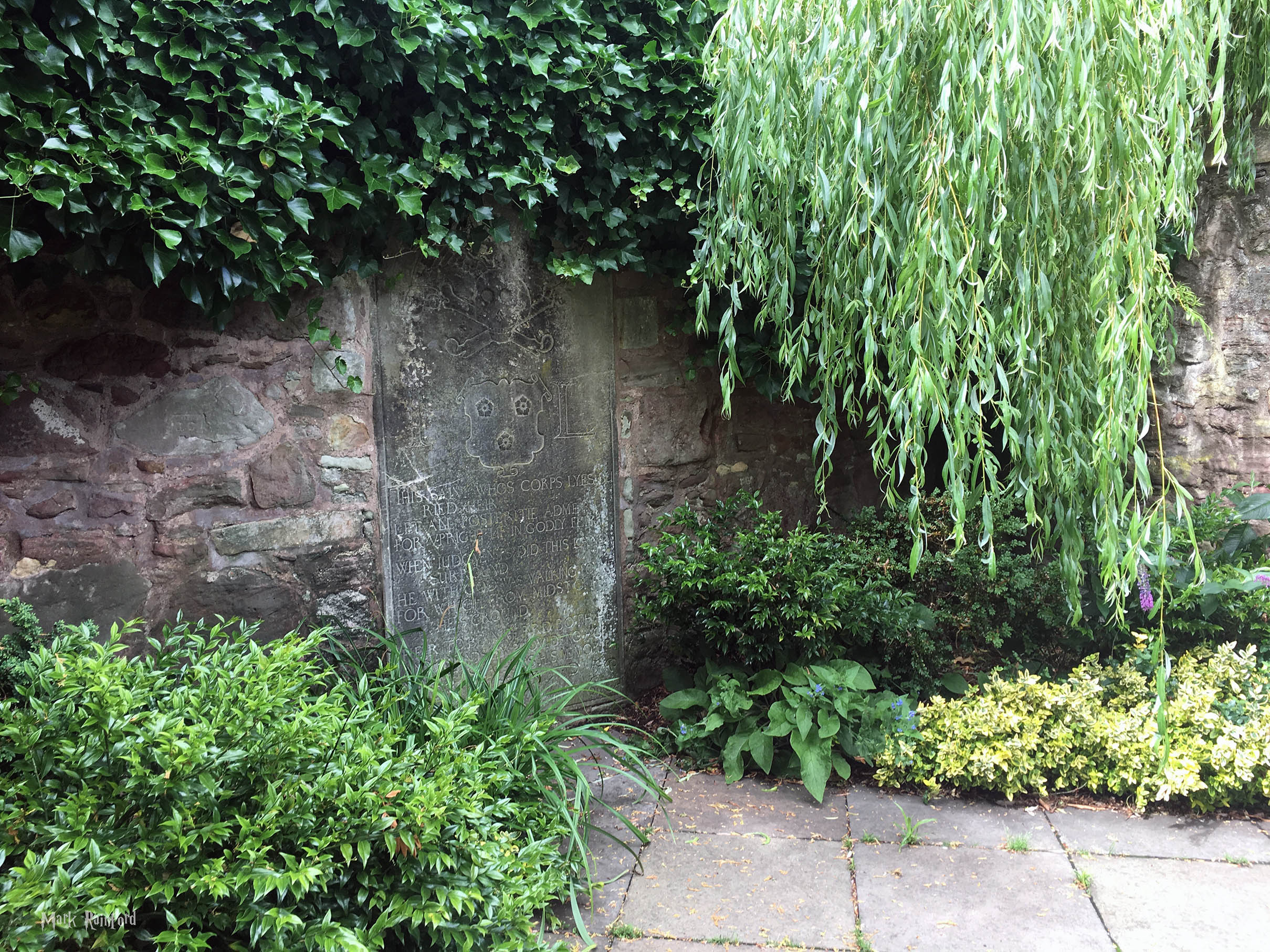 When judgements did this land surround
He with God was walking found
For which from midst of feirs he’s cround.

Heir to be interred. Both he
And friends by Providence agrie
No Age shall los his memorie. 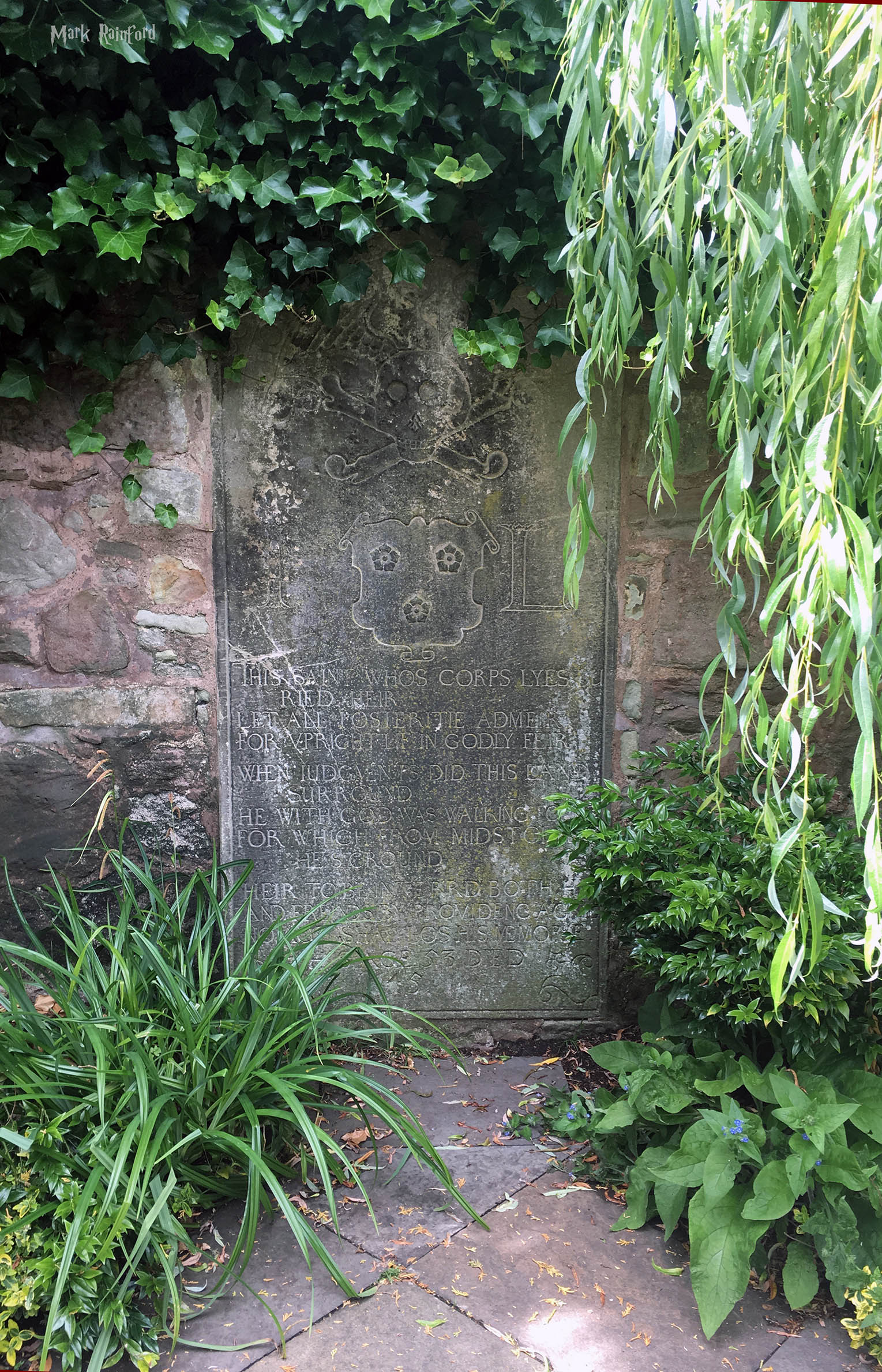 A scroll beats the words “Mors patet, Hora latet” this may be literally translated as “Death Reveals, the hour conceals” but the may mean “Death is sure, the Hour uncertain”

The restoration of the beautiful Ross Fountain is now complete! Water flows freely for the first time in eight years. Now sporting its new colour of a bluish-green and copper moving away from it’s all gold colour, paying homage to its sister fountain of Fontaines de la Concorde in Paris.

Ross Fountain was produced at the iron foundry of Antoine Durenne in Sommevoire, France, standing at it’s current position in West Princes street gardens since 1872 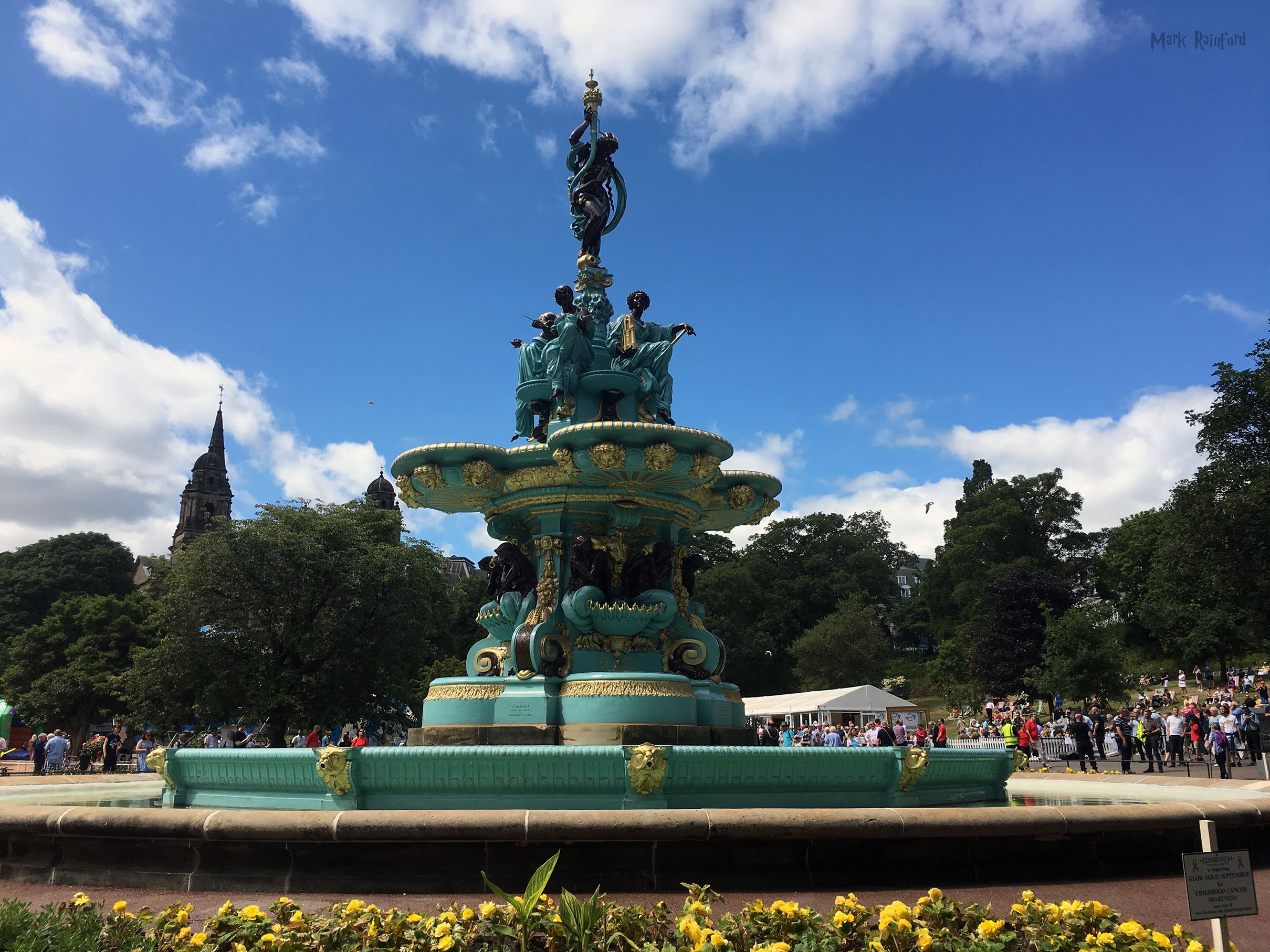 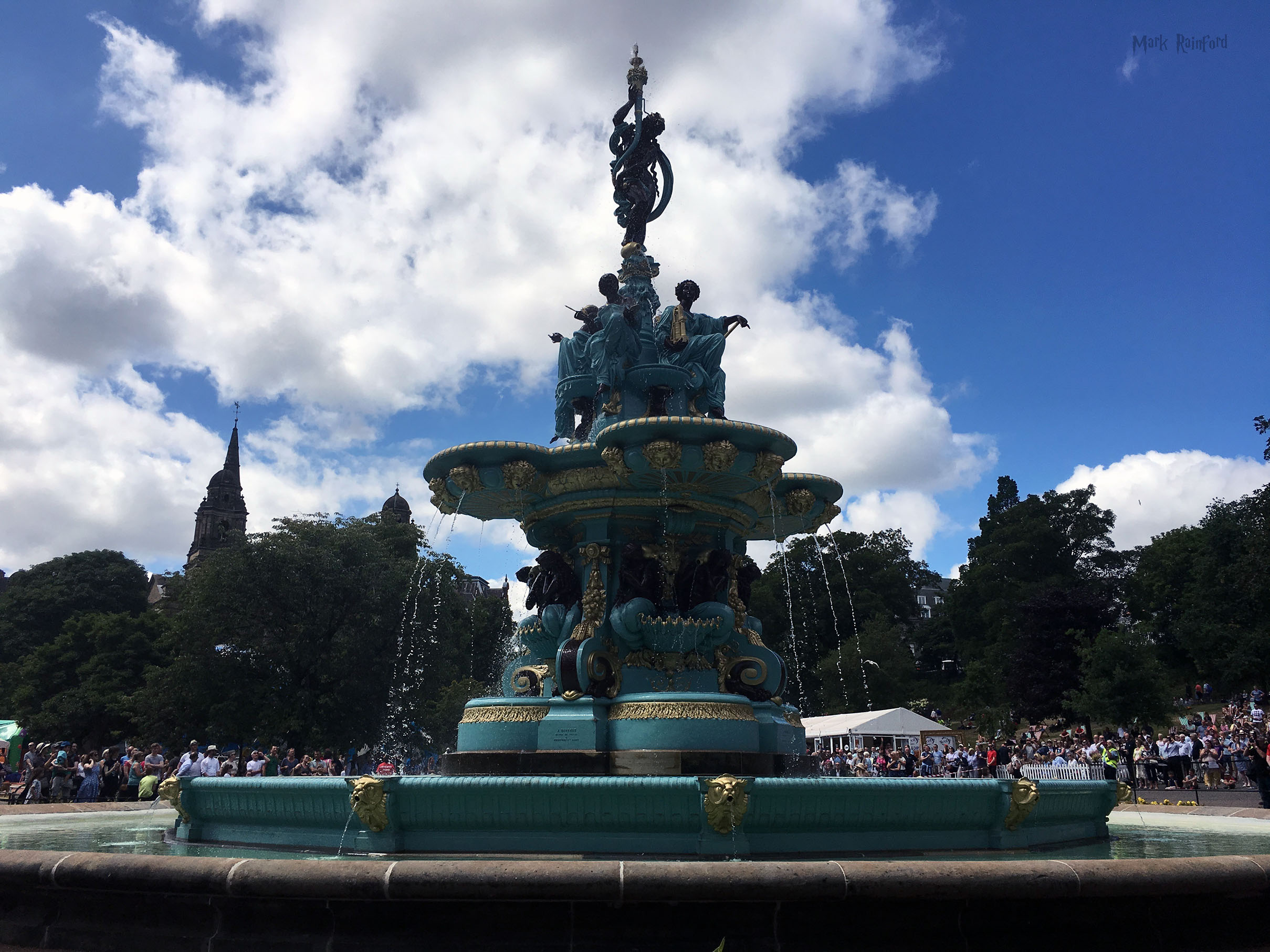 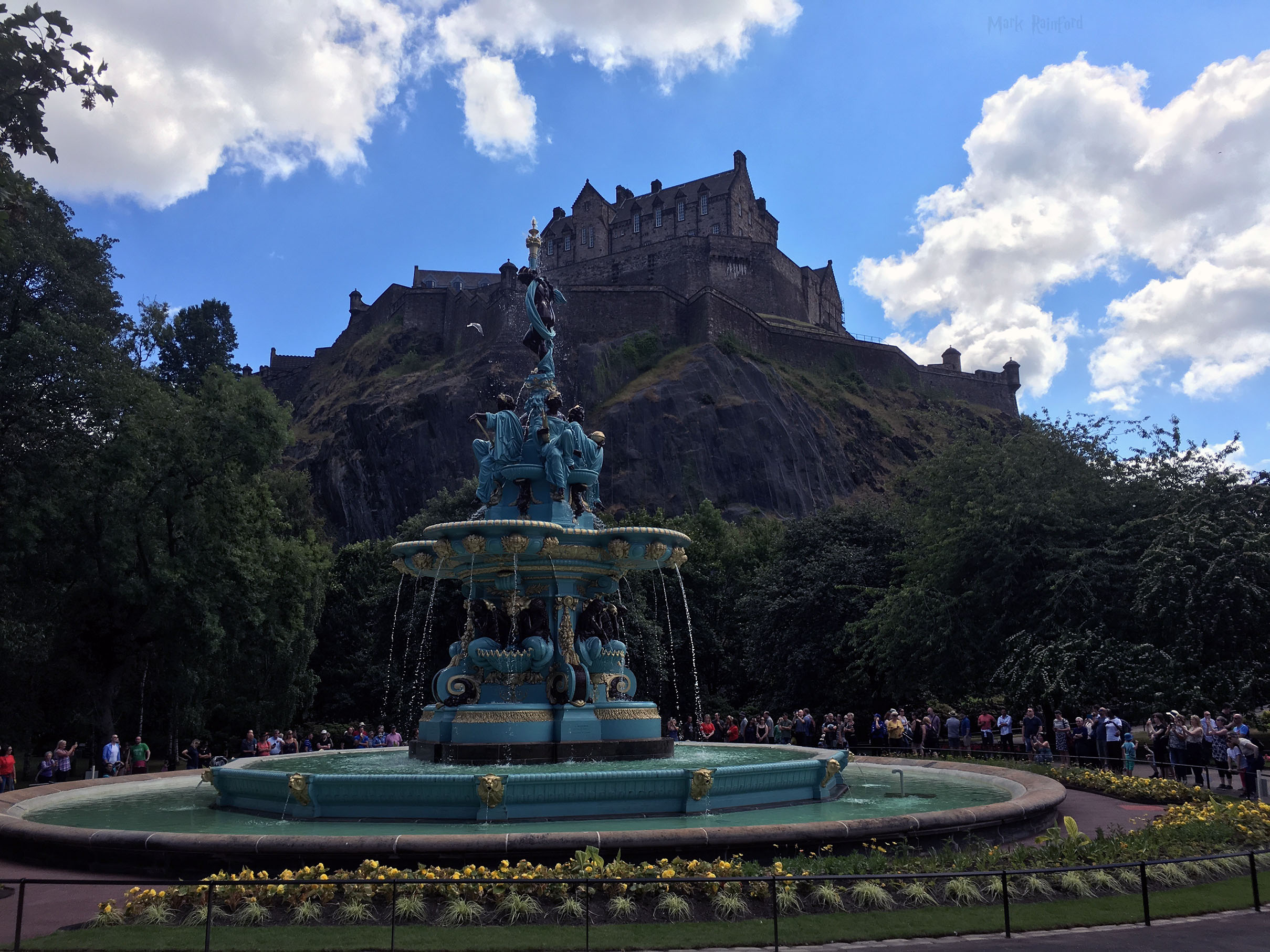 I love these auld places, I present to you – Queen Mary’s Bathhouse. This 16th century building can be found at the foot of the Royal Mile close to the Palace of Holyroodhouse and the Scottish Parliament.

Folklore says Mary Queen of Scots bathed here, only in sweet white wine! However it is unlikely that it was ever used as a bath house.

once attached to a wall encircling the King’s Privy Garden and it is thought to have been a summer house or even a tennis pavilion. 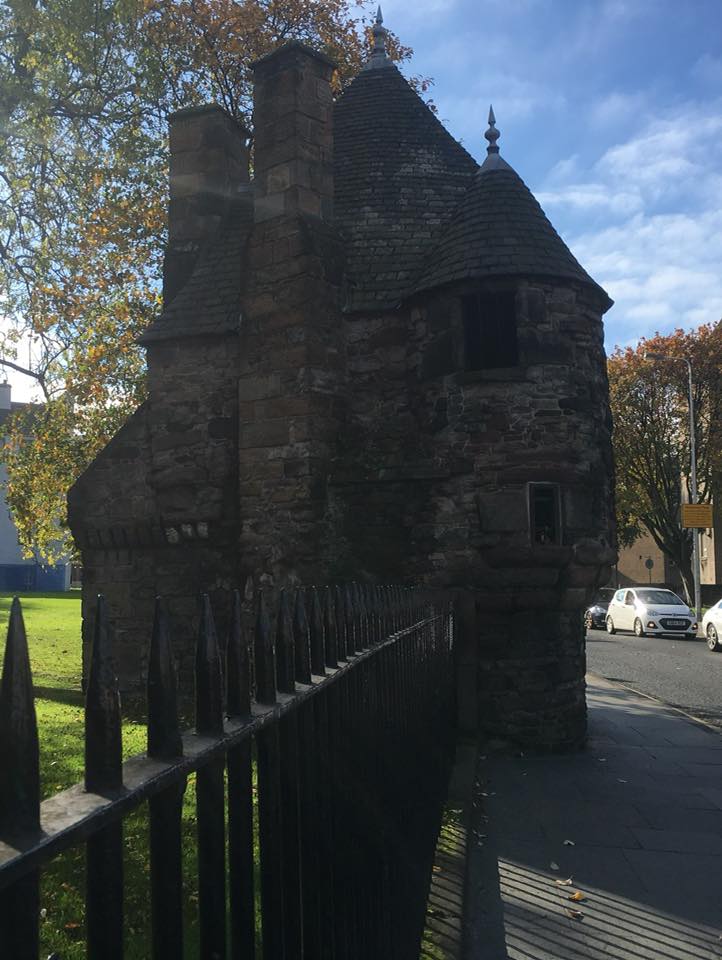 Not in Edinburgh but very close, 15 miles from Edinburgh
here is a Panoramic view from the top of Lithograph Palace. in View also St. Michael’s Church, and Linlithgow loch

Full Gallery over at cludgie 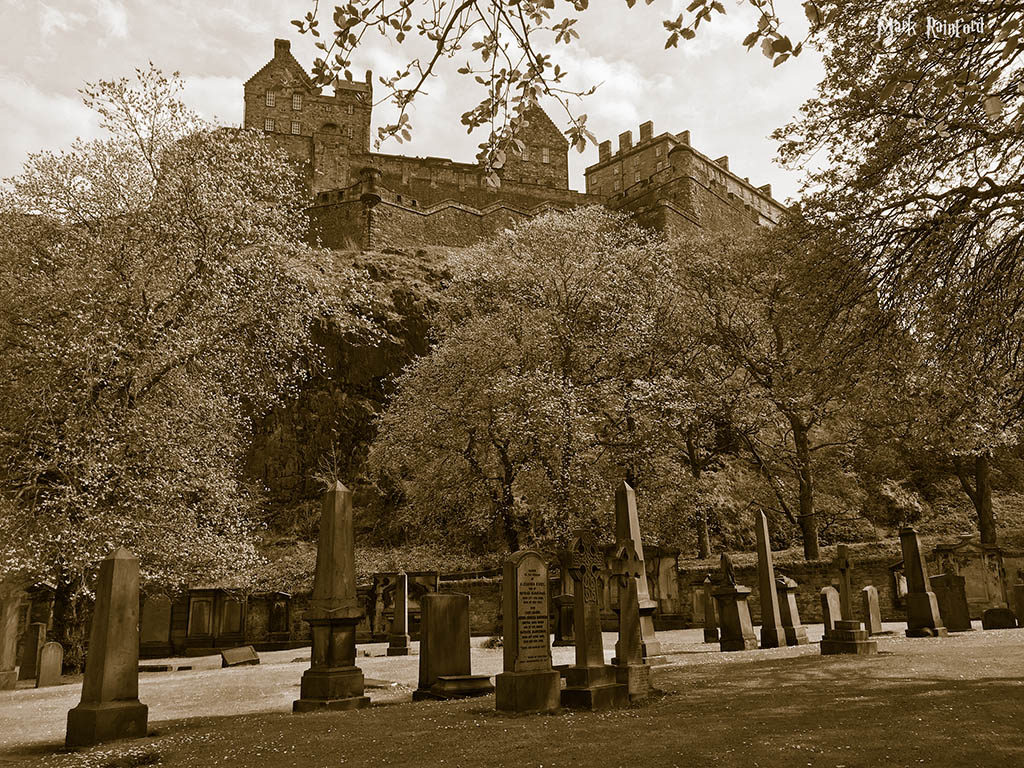 One of my favourite views in Edinburgh, looking over the old town from Carlton hill. So many monuments and ancient historical places. If you’ve not been you should really take a wee hike up its lovely 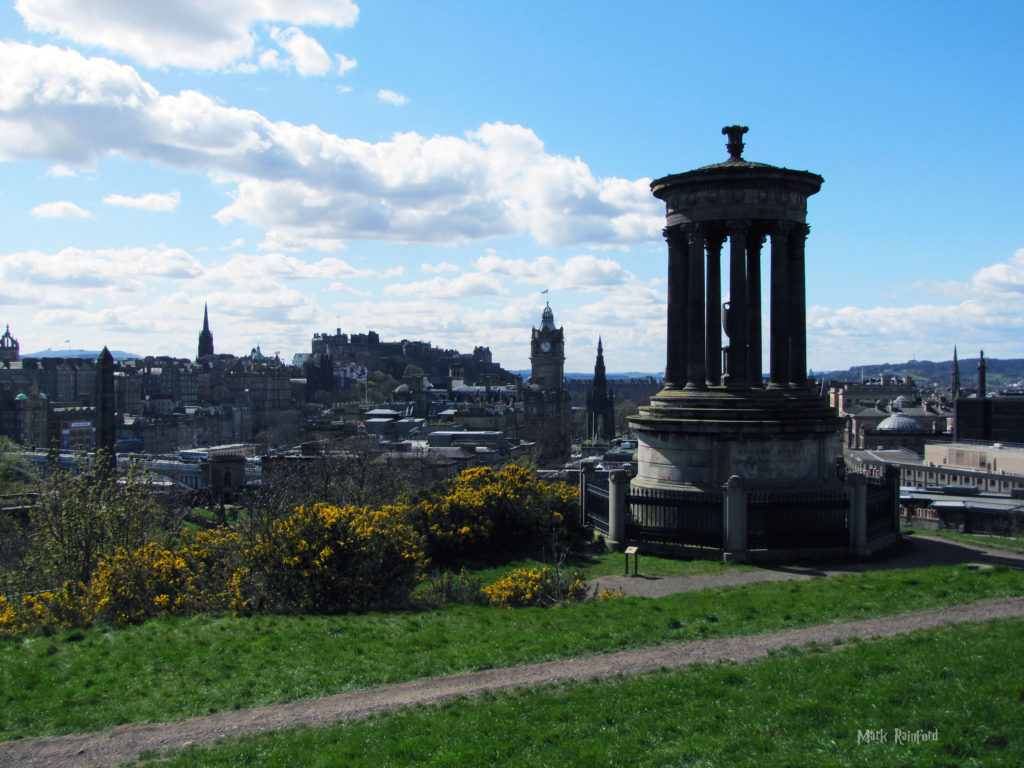 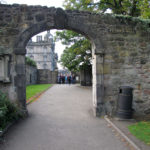 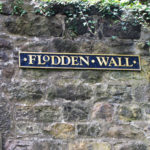 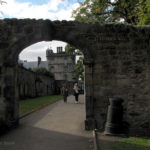 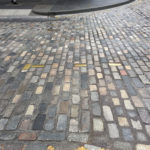 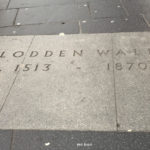 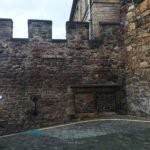